UPDATE:  Be sure to check out some even hotter pics on the second post on this topic, Boxers or Briefs, Continued.

This a popular (and ridiculous!) question asked breathlessly of male celebrities on talk shows and is the subject of a boxers or briefs website.

My answer would be all of the above.   Throughout my 20s and 30s, my underwear choices were strictly functional.   I had the ugliest pair of chocolate brown briefs which for some bizarre reason I decided were my “lucky underwear.”   I wore my tattered lucky underwear at every important event for over 15 years such as during many exams,  job interviews, important personal and work events and at my wedding.

Anyone snooping through my underwear drawer over the past fifteen years would  have noticed a major transformation in the types of underwear to be found there.  It was the biggest development of my early gay journey, although a hidden one because most people don't see your underwear.  As my gayness emerged,  my underwear choices became sexier and more varied.  I developed an increased body awareness and started to think about how my ass and bulbous groin region looked in underwear.  Surely I wasn't the only closeted, married gay guy to gradually develop an interest in sexy underwear?

Some types of underwear made me feel attractive;   I knew that a new pair of underwear were particularly sexy when I got an erection when I tried them on.  (a bit weird, perhaps, but it’s the truth... I still use the same criteria when deciding which pair of jeans to guy) 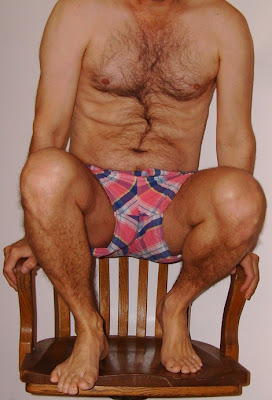 Boxers:   I like to sleep in boxers as there's ample ball room.  I don’t like them for daily use as the boys can get a bit sore, just hanging there without support.  Also, how do you stuff all that fabric into fitted pants?   I sometimes wear boxers with ‘relaxed fit’ jeans or jeans that are too big.  The extra fabric grabs onto your jeans and keeps them from heading south. 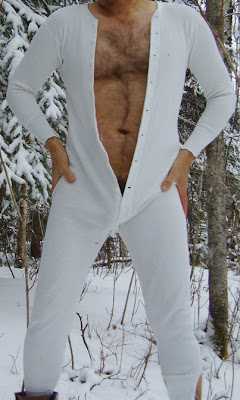 Union suits:   Worn very infrequently.  I only wear this one when it's very cold out and I will be outdoors all day, either working or doing winter sports such as ice fishing.  They keep your lower back nice and warm since there is no gap which occurs when you bend over wearing two-piece long underwear.  This union suit is over 50 years old;  it used to belong to my grandfather!  They can be very sexy but only if unbuttoned down to there.

In response to Cubby's comment:  Union suits were created in Utica, New York and first patented in 1868.  For years,  I have wanted to get  a red union suit which was the traditional colour.   These have a reputation as an old man's underwear but I see them occasionally on some young, cool guys who wear them under distressed jeans but have the top half of the union suit serve as their shirt.

Boxer Briefs: My commonest everyday underwear.  Great support and I like how they feel on my thighs.  They never ride up into a wedgie: Bonus!.  They look great as long as they legs fit snugly onto your thighs.  They look especially good on guys with big, beefy thighs, which I don't have.

This post to be continue in two or three days, with briefs, freeballing and jockstraps.  I might comment on thongs for men, but I won't be posting a pic of me wearing one.  Thongs are not a good look for middle-aged men!

Please tell me what you're thinking! 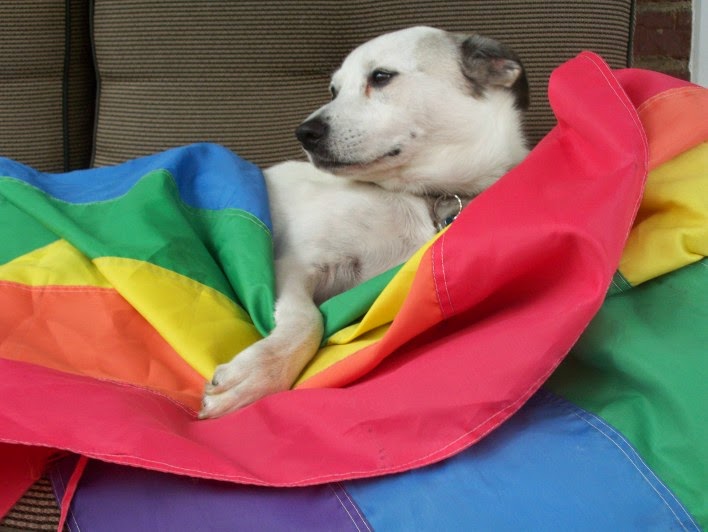 Click on the pic to go to Kelly's site

* these are pictures I've used in my online profiles 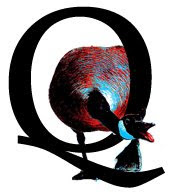 Gay/Bi/Married/Closeted/Divorced guys, some with kids

NSFW blogs I look at daily